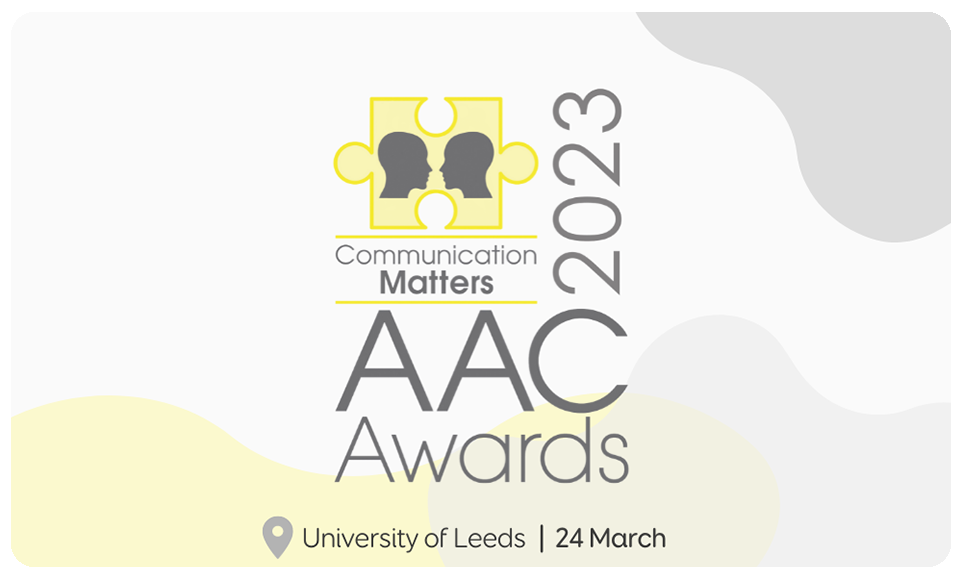 The AAC awards honour and celebrate excellence in AAC. Individuals, organisations and AAC providers will gather on 24 March 2023 at the University of Leeds, for a celebration involving drinks dancing and entertainment, including a DJ and a comedy set from the Lost Voice Guy!

Nominations are now open! Read about each award category and submit applications by 31 January 2023 – winners can be individuals, groups or companies.

The ceremony will  feature ten awards which reflect the diversity of developments and activities of the Augmentative & Alternative Communication community. Perhaps you know an exceptional educational setting, a go-getting Grid user, or companies / professionals who have helped achieve the unachievable.

The Jamie Munro Award
An award for an inspiring individual, whose work has had impact across the entire field of AAC. This award is in memory of Jamie Munro, who inspired all he worked with during his career as an AAC supplier and developer.

The Alan Martin Award
An award presented to a person who uses AAC who has made a significant contribution to the arts. This award is dedicated to the memory of Alan Martin, who championed the arts and creative inclusion through his work as a dancer, musician and comedian.

The AAC Innovation Award
An award given to a particular product, resource or supplier that has demonstrated “outside the box” thinking.

The Rising Star Award
A newcomer to the world of AAC who has made particular impact over the past year.

The Setting of the Year Award
An award for a setting or context that has promoted AAC in a particularly creative or inclusive way.

The Research Award
An award given to a researcher, a published paper or project which has furthered the evidence base around AAC.

The Student Award
An award for a student, project or group in an AAC-related subject which has promoted understanding of AAC in their university, college or community.

The Outstanding Community Inclusion Award
An award for a person or community who has shown exceptional awareness and support for AAC users and their needs.

The Samantha Hunnisett Access Award
An award for an individual or team, whose innovative work has broken down barriers to access assessment or the use of AAC or Electronic Assistive Technology (EAT). This award is in memory of Samantha Hunnisett, who was passionate about ensuring an equity of opportunity in accessing EAT.

Find out more about how you can make your submissions below.

Our software is used by people with disabilities from all over the world. We have solutions for everything from getting started with AAC to controlling your PC and the world around you. 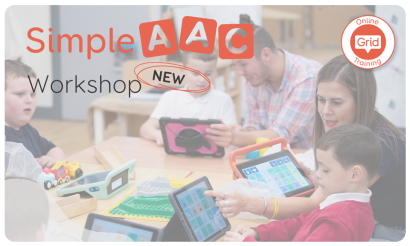 Simple AAC is a framework of nine strategies to support an AAC learner, created by our Head…

We have a range of online Grid training opportunities, which can mean you can get your groundings… 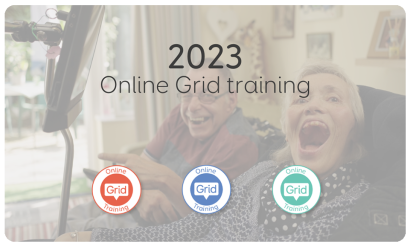 2023 dates for our online Grid training have been released. Our workshops range from training…