A proven model of AAC

The WordPower vocabularies have been used to successfully provide communication to thousands of people from across the world. They have been designed and developed by Nancy Inman M.A.T., CCC-SLP, and are based on both robust research and extensive experience in the field of AAC. 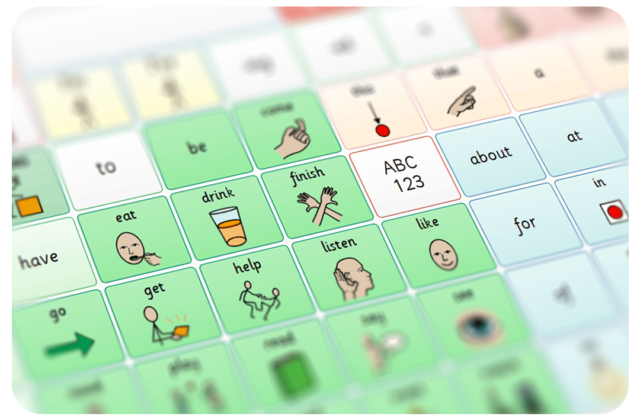 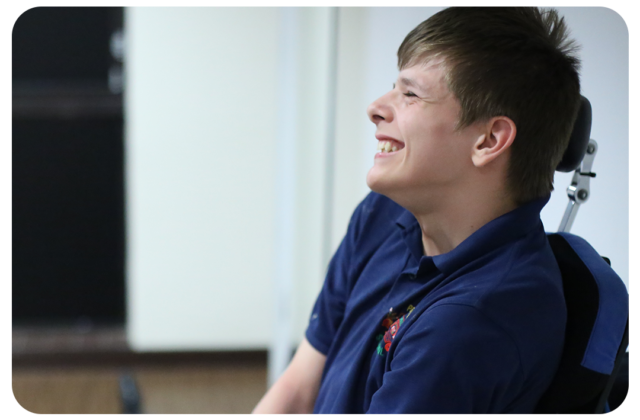 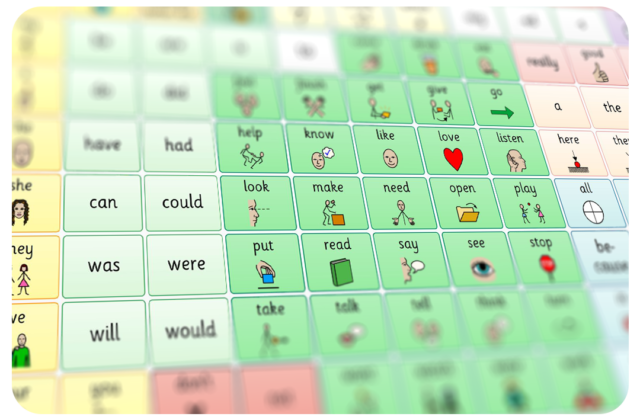 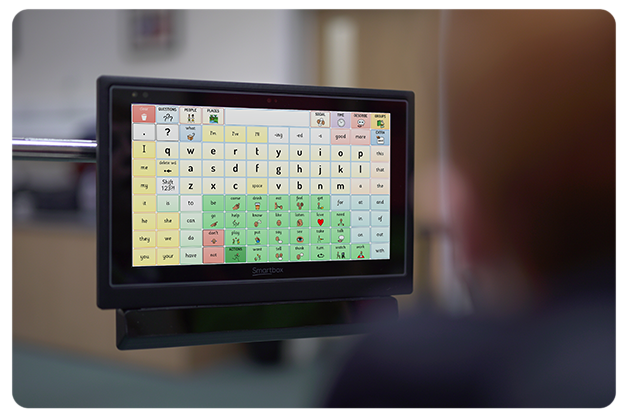 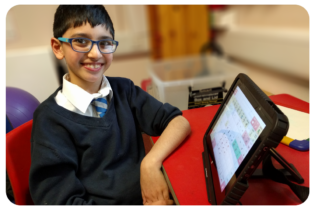 Get talking quickly and accurately

These powerful grid sets combine core vocabulary, spelling and word prediction to create a comprehensive resource for efficient communication. They are built around a core vocabulary of the 100 words that make up 48% of the words we speak. 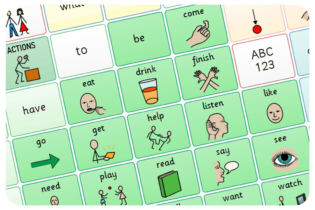 Users can quickly generate novel sentences, with smart grammar tools and a unique vocabulary design that enables you to put together the majority of your sentence without leaving the home grid. Categories provide topical and personalised vocabulary that can easily be customised with the user-friendly editing interface. 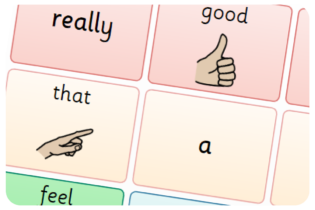 WordPower uses whole words alongside cells with symbol support. This supports sight reading and the recognition of high frequency core words, which are often more difficult to clearly represent with symbols. 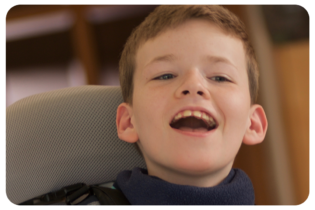 Each grid is based on the same layout to help encourage and aid motor planning, which benefits people using all kinds of alternative access. Vocabulary is also intuitively categorised, color-coded and alphabetised.

WordPower is included in Grid 3 and can be operated by touch, switch, eye gaze, and other pointing devices such as a joystick or headmouse. It also includes integrated integrated accessible apps for email, SMS, web browser and more.

There are five options of WordPower available in Grid 3, with three grid sizes: WordPower 100, 60 and 25. All of the grid sets contain the same vocabulary so users can explore the options to find the one that best suits them.

WordPower 100 is suitable for users who are able to accurately access grids with a large number of cells. It gives them quick and efficient access to vocabulary with the fewest number of selections and grid jumps. 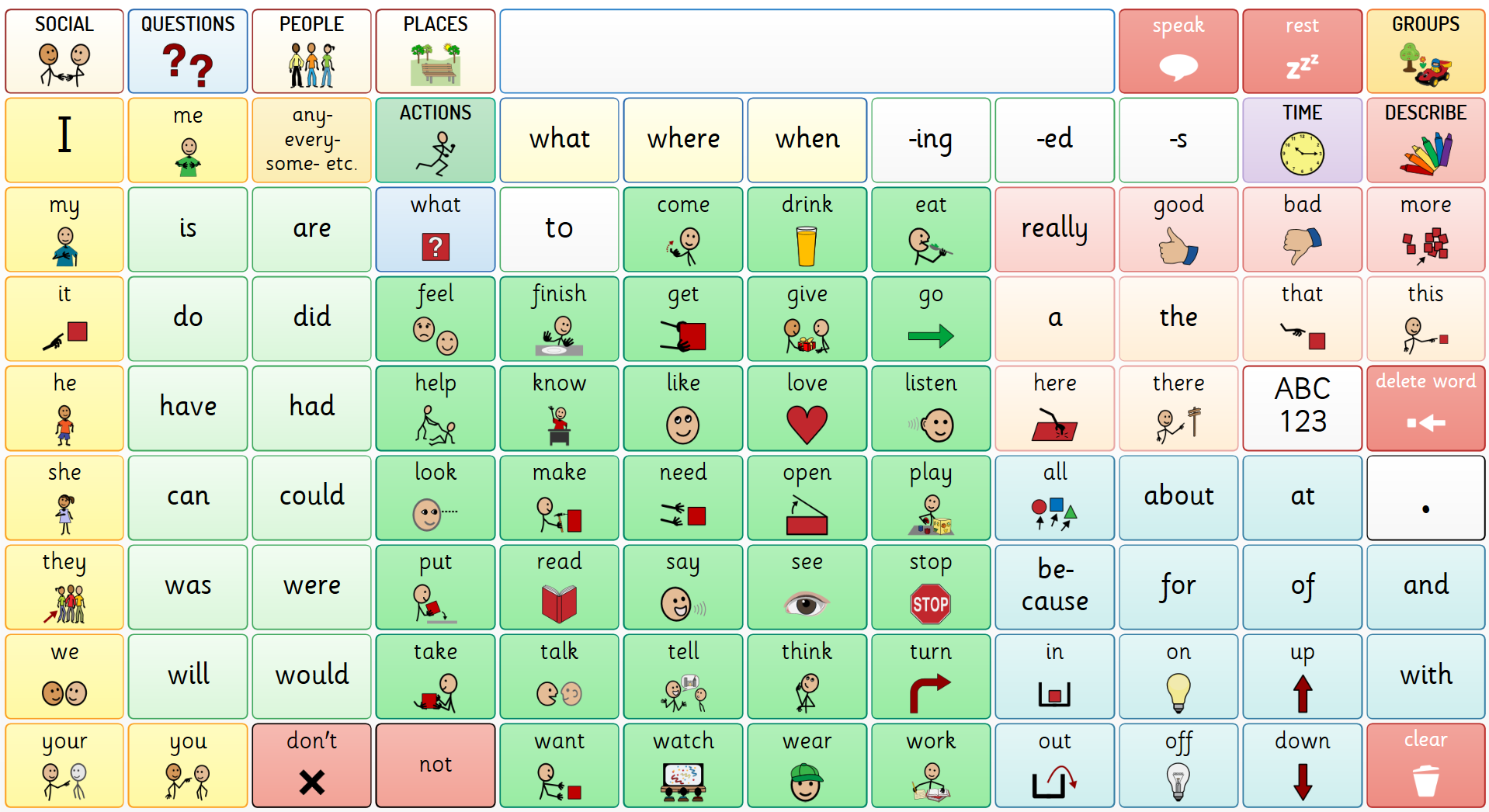 There are also two additional versions of WordPower 100:

WordPower with Keyboard
This version of WordPower 100 contains a keyboard, allowing users with developing literacy to quickly build messages by using core words and typing using a keyboard with word prediction. 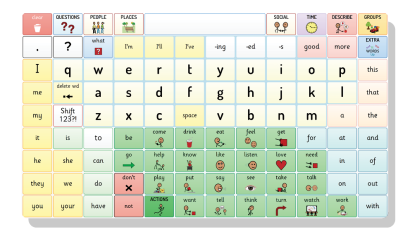 WordPower for Switches
This version is designed for switch users, and contains a switch frequency keyboard. The grid set is designed to be used with block scanning, for faster, more efficient message building. 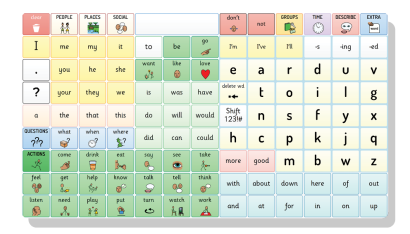 WordPower 60 offers users the same robust vocabulary and efficiency as WordPower 100, but can be accessed by users who require larger and/or fewer cells. 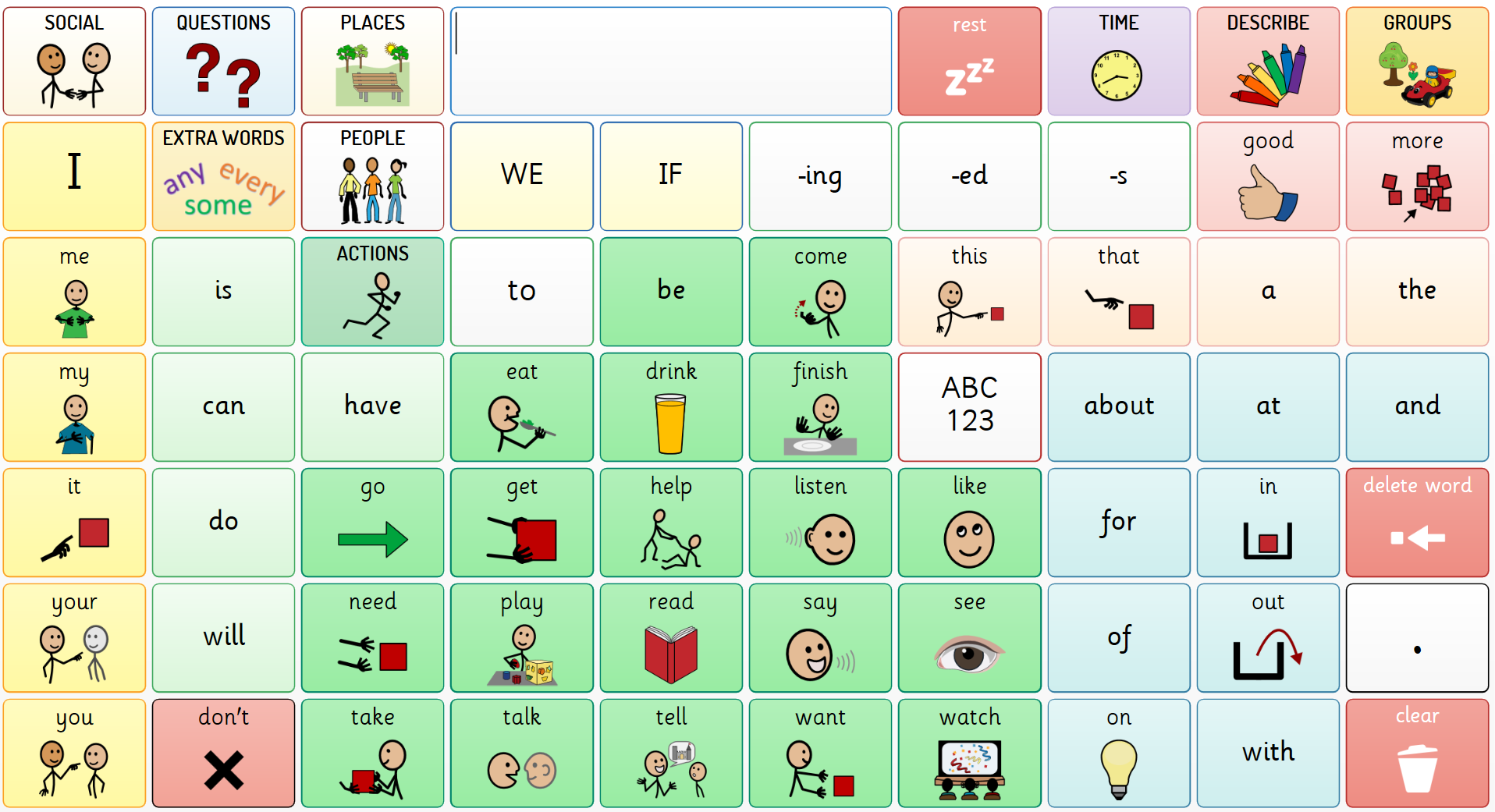 WordPower 25 also contains the same language as WordPower 100, but with even larger and fewer cells. It uses automatic jumps to allow users to access core vocabulary easily and efficiently. 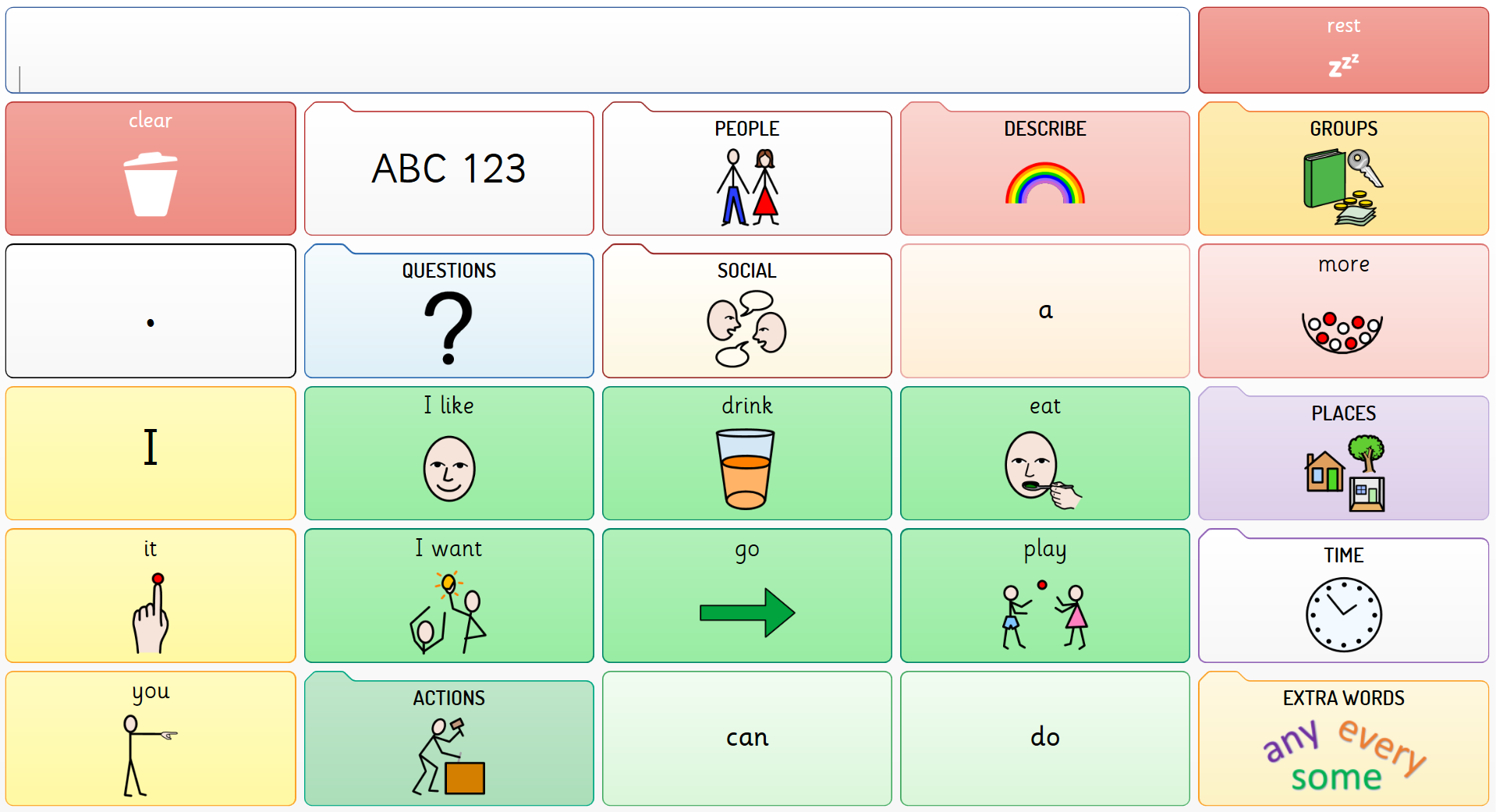 Getting started with WordPower

All three WordPower grid sets are available in Grid 3 and can be added via Grid Explorer.

To access WordPower you will need to have updated to Grid 3 version 52 or above.

Unfortunately, WordPower is not available on Grid for iPad at this time